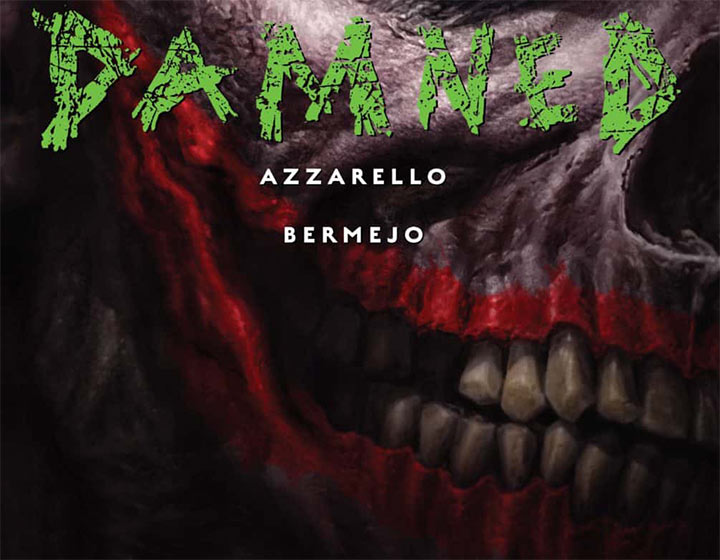 After seeing the mixed reactions from different sites reviewing Batman Damned #3 I felt like I needed to show love to a book that was destined to fail from issue 1 only to deliver another brilliant story around the timeless Batman/Joker dynamic. While it’s supposed to be the second set in a trilogy it easily stands alone with a mind bending dark and twisted take on Gotham through the eyes of a delirious dying madman trying to make sense of not only his role in the Joker’s “death” but in the curse that is being the Batman.

The Art in Storytelling

This haunting, hallucinogenic tale, while wrote beautifully, is heavily drove by Lee Bermejo’s breathtakingly horrific art. I don’t want to take anything away from Brian Azzarello’s script narrated through the unreliable and at times puzzling guidance of John Constantine. The delivery is maddening yet precisely what’s needed to set the tone. But when a book’s art is this jaw dropping you can’t help but get sucked in. Stopping to admire double splash pages like that of a gigantic Swamp Thing bursting up through a graveyard freeing Batman from being buried alive is a real treat. Damned being a large format book makes it all the more impressive as detailed and layered as Bermejo’s work is.

The book starts off with Batman in the aforementioned casket & not really knowing anymore than he has in the previous installments of this mystery. The final chapter in the Damned series is very much about control & Batman’s understanding of the events & truly grasping them. By now he’s really had it with John Con’s constant riddles that ofter lead to more questions than answers but he’s the perfect guide on this Justice League Dark-esq journey with cameos from the Demon Jason Blood, Deadman, Zatanna & Swamp Thing to name a few & if you’re a fan of these otherworldly charecters it’s a much welcomed addition to the story. If not it may have been too much but for me I couldn’t get enough.

To Each His Own

That’s where I go back to the mixed reviews. Sites that I generally agree with like AIPT, which gave it a surpringly low 3.5/10, seemed to have wanted a much more straight forward approach. As much as I respect the guys over there it’s not the artist job to give the audience what they want.. It’s to show them what they want. To give them their vision and while to each his own I really couldnt get enough of Damned. Without spoiling the book the ending is truly thought provoking and different readers will no doubt take away different interpretations. Is Gotham Bruce Wayne’s Hell? I loved the moment when Batman comes to the conclusion he was terrified of what Joker would do to his city if he died.. I’ll bite my tongue though as I would hate to ruin the story for anyone. This should truly be enjoyed without me driving you through my take on the ending.

The Gift & the Curse

DC set this epic up for failure and it’s truly a shame. Black Label is supposed to be a platform for a mature audience and to give writers and artists more creative freedom. The fact “mature” readers went insane over an attempt at humanizing Batman with a little nudity and DC’s poor handling of the situation was a shame. Some fans couldn’t afford a $100+ book the day after release and then DC backs out of a second printing of issue 1 after announcing one amidst the controversy. Then there was little to no commercial push like we’ve seen with Last Knight on Earth and Curse of the White Knight. I would have missed this had Azzarello not retweeted a fan pointing it out the lack of advertising the night before it’s release. I may have still seen it that morning but I had no clue it was finally releasing.

Another problem DC created was by pushing back the release dates for issue 2 and 3. As I said earlier it was destined to fail after the release of issue 1 but not by any fault of the creators. They delivered a horrific masterpiece. DC dropped the ball on a great mini series as if they were self sabotaging to try and forget what’s now been dubbed as the 1st appearence of the Bat Wang. If I was to score the series based on DC’s handling of their product I’d say 2 outta 5 but that’s not fair to Azzarello or Bermejo. They delivered 3 intriguing books with jaw dropping art. Outside of a little purposeful confusion it was a brilliant read and highly recommended.

Scoring the series overall it gains 5 outta 5 💀’s and earns the CBFC Stamp of Approval. If I had any recommendations it may be to read back to back as you may forget little pieces to the puzzle. Also, if you haven’t already read Azzarello and Bermejo’s “Joker”, DC’s Black Label imprint has re-released it in a TPB and is highly suggested.

I hope you were able to enjoy the series as much as I did through all DC’s mistakes. Let us know in the comments your take on Damned and whether you agree or not!